From Zagreb to a gas station near Ljubljana 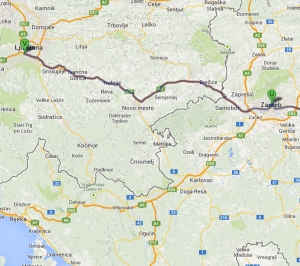 I woke up around 8 o’clock when a lot of people was already on the queues for the first flights of the day. I got surprised when I saw that Aleksandra wasn’t there, I checked that Pulguita was OK and packed everything quickly. The airport was already full of people and I discovered that the wiser sleepers were on the second floor that still remained quite empty. The only visible socket was engaged by someone so I went straight to the coffee shop and asked for a big coffee to wake up, there I could charge my mobile phone and look on Google maps for the nearest highway. Apparently the closest highway entrance was at 8 kilometers from the airport so about hour and a half walking. 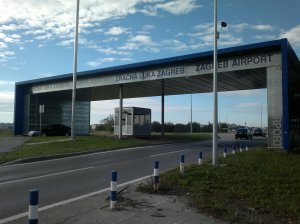 I started my walking as soon as I felt awake, unfortunately I got confused in some point and I did an unintentional touristic tour around a village called Gradići. In total, I made an extra 5 Kilometers but at least I found a LIDL and I have to say that people was specially kind with me in this village. 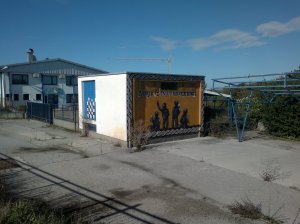 Then I undertook my way back having to stop every 15 minutes because the sun was starting to burn and also taking advantage to feed Pulguita. After an hour and a half I arrived to a place that looked as a highway entrance so I decided to have another coffee in a gas station before start the hitchhike but the waiter informed me that the road was under construction, still not open, and that it remained me half an hour of walk to reach the main entrance. I was exhausted but I hadn’t any other option. When I arrived to my destination it was already around 3 o’clock, the place was not very good to hitchhike but at least there was a traffic light lowering down the cars. At first, I wrote down “Spain” in my cardboard but I realized that the Croatians didn’t share the same sense of humor as me so I tried with “Ljubljana” (yes, I had to check the map to not misspelling). After an hour a car stopped, I’m so sorry but I can remember the car or the driver even though I’m quite sure that he or she was nice. Anyway, the mysterious driver took me to a gas station just before the border with Slovenia. 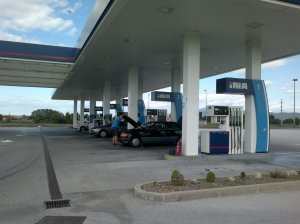 There I had my third coffee of the day and I made a quick friendship with the waiter, he was a young guy originally from Algeria (I think) that spoke french and was also traveler, we had a short by intense conversation. When I started again my hitchhiking I saw three guys coming down from a car with a strong hitchhiker looking, I decided to approach them, I was right. There were two French and a hippie guy citizen of the world, I spoke for a while with them specially to be sure that they were not going to steal my preferential place but they were respectful hitchhikers so they agreed. Soon after I saw a middle age guy with a friendly face and I had a feeling that he could be my driver, I was right again. He took me from that gas station to another one just to the height of Ljubljana, a really big one. At this time it was already 6 o’clock so I had my fourth coffee very quick and I crossed the whole place to reach the opposite side trying to get a ride before the sundown. I didn’t succeeded but at least I made those amazing pictures: 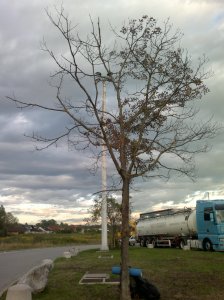 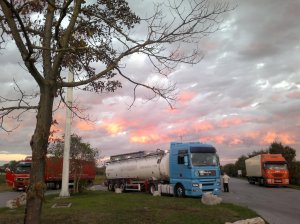 Then, I asked to a truckers if there was any cheap supermarket around the gas station and he sent me to the village through a small path. After passing a group of houses I arrive to a riverside full of trees and I got to an even smaller path with bushes at both sides, it was dark and a little bit scary. On the other side I saw the big sign of the supermarket so I run to arrive on time. When I got in it was 7:55 but the supermarket cashier didn’t let me in…,   Anyway, I keep walking because from there I could see a LIDL signal a little bit farther but when I arrived It was also closed. In my way back through the deserted industrial park I found a caravan selling kebabs and burgers, the guy was the only person in a square kilometer so I decided to stop there. He was Turkish, we were speaking for a while and I spent 4 euros for a beer and a tasty kebab, then I bought another beer just in case and I traverse the tunnel of terror back more relax because of the alcohol.

When I arrived again to the gas station I was exhausted, it was already around 11 o’clock so I fed Pulguita and I decided to put my tent anywhere in the huge pieces of grass. In that moment I saw another tent and people partying around but I was too tired to join them and instead of that I thought that it was good idea to settle a little bit far away. When I was finished all the process of fixing the tent and keeping things inside, I sat outside to drink my beer and I saw again a couple of guys that I had been seeing the whole evening. They were going from the bottom to the top of the gas station and sometimes to the other side of the road with an old Volkswagen Golf approaching and speaking to all the truckers. They were definitely doing something suspicious, that night I decided to use the small padlocks for the tent’s zipper because I had a bad feeling about them.

(You will know if I died… in the next post… chacha!) 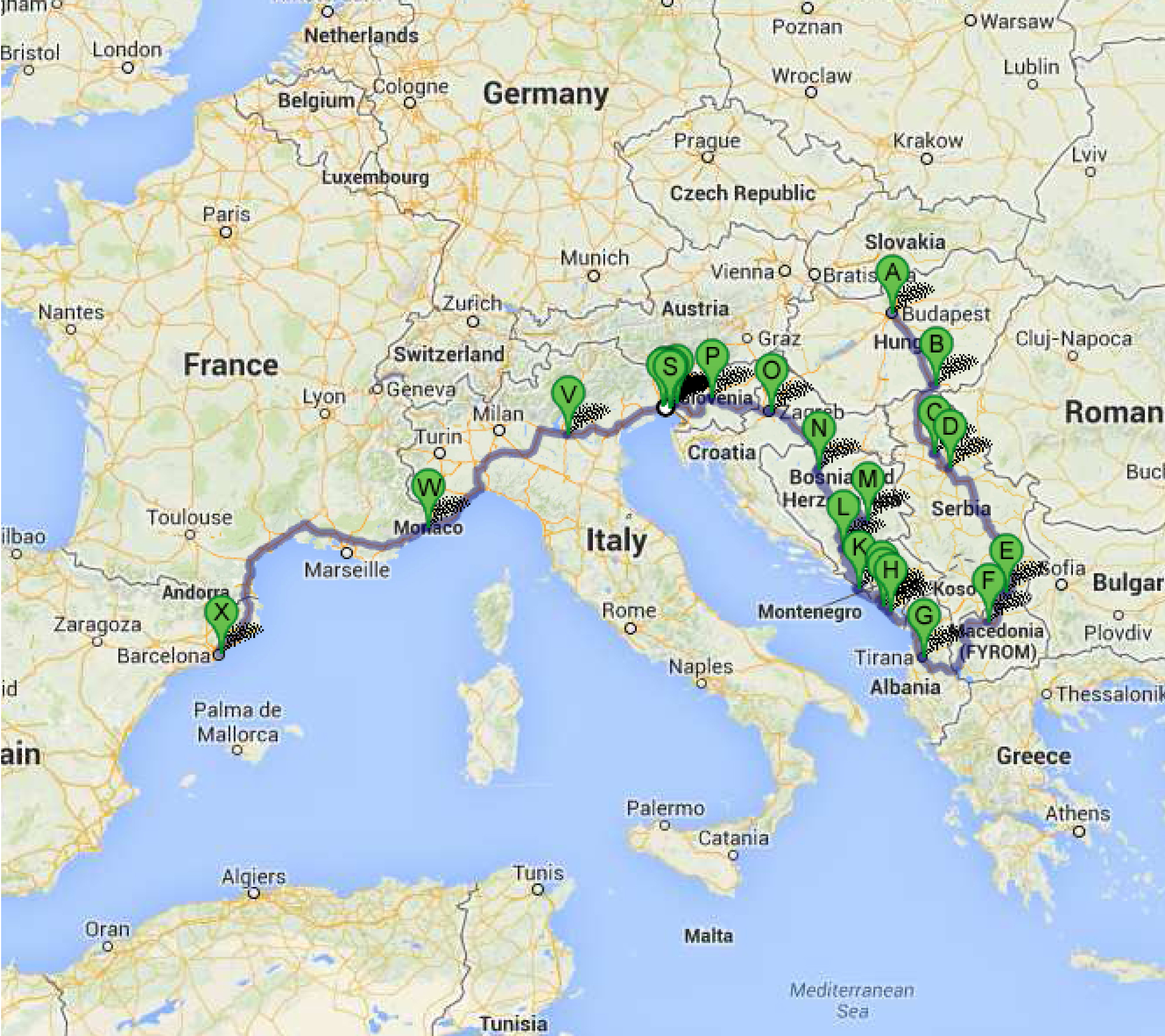